First case of new strain of virus in Serbia discovered

President of the Republic of Serbia Aleksandar Vucic stated today that a new strain of coronavirus has arrived in Serbia, explaining that it was discovered in a citizen of our country who arrived from London to Belgrade.

In a statement for "Prva" Television, Vucic said that this morning Minister Lončar informed him of this, adding that he is afraid of this strain of the virus due to the large number of infected people in Great Britain, but noted that there was no room for panic because all contacts with whom was a passenger from London.

The President explained that the passenger on the PCR test after entering the country was negative, and that she got mild symptoms a little later, while her husband has more severe symptoms.

Although a new strain of the virus has appeared in our country, for now there will be no "lockdown" that exist in Germany, Great Britain, France, he said and pointed out that it is important that the Torlak Institute did a good job and that the new strain detected in time, so that all contacts are isolated.

He underlined that it is not possible to prevent the new strain from entering the country, which is why it is now important to continue with vaccination, which, as he said, is also effective against the new strain.

According to him, the situation regarding the appearance of the new strain of the virus is being monitored, and our experts are investigating whether it is more dangerous than usual, and it is up to the state to procure as many vaccines as possible. 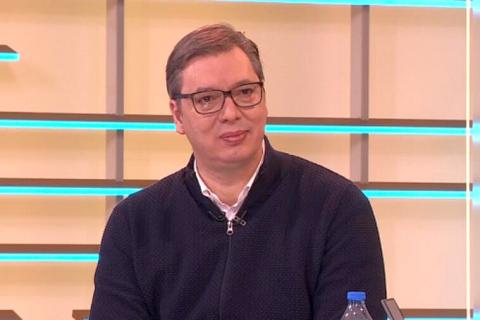