More than 110 vaccination points throughout Serbia from tomorrow

State Secretary of the Ministry of Health Mirsad Djerlek stated today that the Ministry is completely ready to implement a difficult and serious plan of mass immunisation of citizens.

In a statement for Pink Television, Djerlek stated that it can be said that victory over the coronavirus is won once between 1.4 and three million people are vaccinated.

He explained that the immunisation will be carried out in three phases, noting that the first phase is underway, within which it is planned to vaccinate 720,000 citizens.

According to him, so far there have been approximately 20 vaccination points in Belgrade, and as of tomorrow, such points will be set up in general hospitals throughout Serbia.

From tomorrow, we will have more than 110 vaccination points and we are gradually increasing the pace of vaccination in order to complete the first phase, within which we plan to vaccinate those older than 75, who number between 300,000 and 350,000, he pointed out.

Djerlek explained that within the second phase, it is planned to vaccinate from 11 to 21 percent of people, i.e., 740,000 new citizens, specifying that then those older than 65 who are not included in the first phase will be vaccinated, as well as employees in state administration, local self-government and educators and members of the Army and Police.

According to him, in the third phase, almost 1.7 million people will be vaccinated, citizens aged 50 to 64, regardless of the risk factors, and those younger than 50 who have risk factors.

The State Secretary of the Ministry of Health pointed out that in the second half of January, 500,000 doses of the Russian Sputnik V vaccine will arrive in Serbia, as well as large quantities of the Chinese vaccine.

He expressed confidence that the state leadership will provide other vaccines that are registered on the market in order for vaccination to be carried out faster in Serbia, emphasising that every vaccine is good. 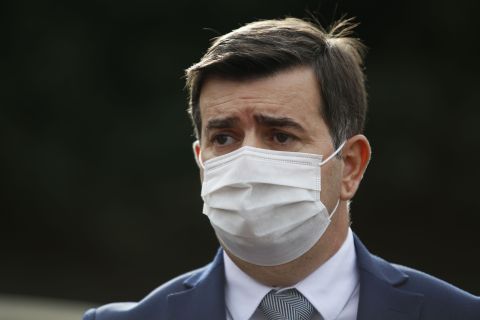