Belgrade still leads in the number of COVID-19 positive cases

Epidemiologist Predrag Kon stated today, at the press conference of the crisis response team for COVID-19 that 2,434 health workers are currently infected and 66 are undergoing hospital treatment.

Kon reminded that 57 patients died in the last 24 hours, the most since the beginning of the epidemic.

He added that there are currently 480 patients in the Belgrade Arena, 89 at the Infectious Diseases Clinic, 404 at the Zvezdara Hospital, 272 at Bezanijska kosa, 339 at the Dragisa Misovic Clinic, 161 at the Pulmonology Clinic and 90 at the Institute of Rheumatology.

The number of admissions in COVID hospitals is still higher than the number of discharges, said Kon and stated that in the last few days, there were about 5,500 examinations in COVID dispensaries in Belgrade on a daily basis, and between 300 and 350 hospitalizations.

According to him, the situation in the hospitals is such that there will be relocations of patients even today, and that those who are about to be transferred will be transferred to temporary hospitals where oxygen therapy is not needed.

We are now in the ninth week since the beginning of the third wave, and it was to be expected, naturally, with the participation of preventive measures, that there will be a levelling and decline, but that has not happened in our country yet, said Kon, pointing out that between 1,850 and 2,200 newly infected people are held in Belgrade on a daily basis, but that number is still high.

According to him, the symptoms of the virus in this last wave do not differ from the previous two.

Director of the Clinical Centre Vojvodina Edita Stokic said that 359 patients are currently being treated at the centre, which is the most since the beginning of the epidemic, adding that they have never had so many examinations and hospitalisations as in the previous 24 hours. 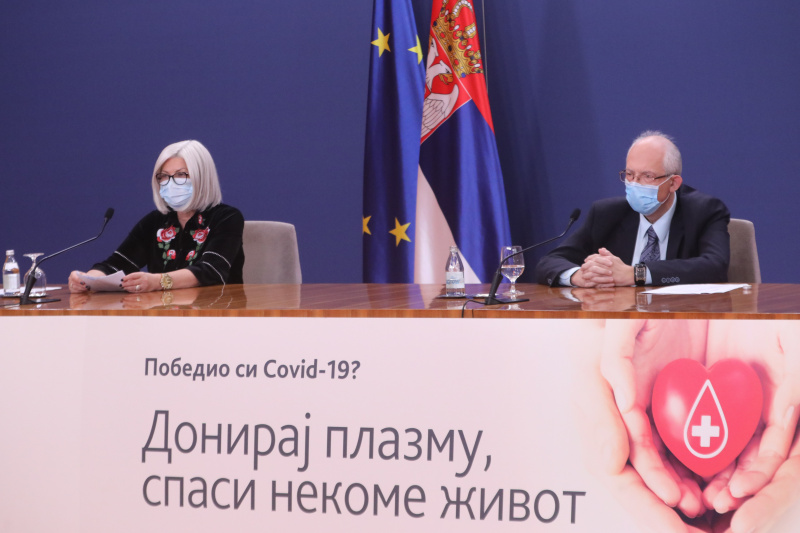