Epidemiologist and member of the COVID-19 Crisis Response Team Branislav Tiodorovic stated today that the team proposed that all high schools and students from the fifth to the eighth grade of primary schools switch to online classes, while younger primary school students, from the first to the fourth grade, will continue to go to school.

After a session of the Crisis Response Team, Tiodorovic said that kindergartens should not be closed because there is no need or justification for that.

We have made a decision to propose that primary schools continue to work according to the existing system from the first to the fourth grade, but that pupils from the fifth to the eight grade switch to the online system, which will last until the beginning of the winter recess, he explained.

According to him, it was concluded that the greatest risk of infection is in high schools, from where children bring the virus to their homes.

We want the school system to function until the winter recess. We are not closing schools, we are just transferring the education system to a less risky level, Tiodorovic underlined.

He stated that the Crisis Response Team made a decision that the winter recess start on 21 December and last until 18 January 2021.

The recess is perhaps a little longer than it has been until now, but it will ensure that all levels of education are included in all major state holidays, and that school children are at home as much as possible and less in contact with others and exposed to risk, the epidemiologist said.

He added that the team suggested to the faculties, which have their autonomy, to hold online classes wherever possible, although some, like the faculty of medicine or natural sciences, will have to organise practical lessons while respecting all anti-coronavirus measures. 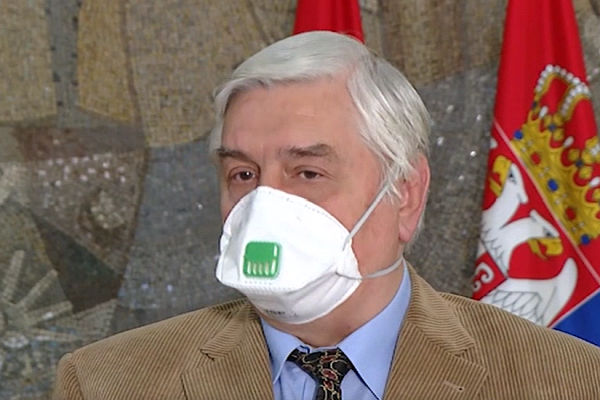