Minister of Defence Aleksandar Vulin visited the temporary COVID hospital in Belgrade's "Stark Arena", which is ready to receive patients again due to the growing number of coronavirus patients in our country.

Vulin, who visited this facility together with the Chief of the Military Health Administration, Major General Ugljesa Jovicic, said that the Serbian Army, following the development of the epidemic situation and fulfilling the orders of the Crisis Staff and the Supreme Commander of the Serbian Army Aleksandar Vucic, is again prepared the Arena for reception of patients.

He thanked the medical staff for their great commitment, emphasising that he is proud of the fact that during all the months of operation of this temporary hospital, there were no infected doctors, technicians and hygiene staff, precisely because they all knew how to work in such circumstances.

During the weekend, this temporary hospital was cleaned and disinfected, and additional beds and all the necessary diagnostic devices were installed.

The main medical coordinator of that hospital, Lieutenant Colonel Dr. Predrag Bogdanovic, stated that the accommodation capacity was expanded by 150 beds distributed on the third floor of the hall, so that a total of 510 beds are now available.

Bogdanovic specified that 10 doctors and 20 medical technicians are currently employed in that hospital, noting that the number of medical workers will increase depending on the number of patients. 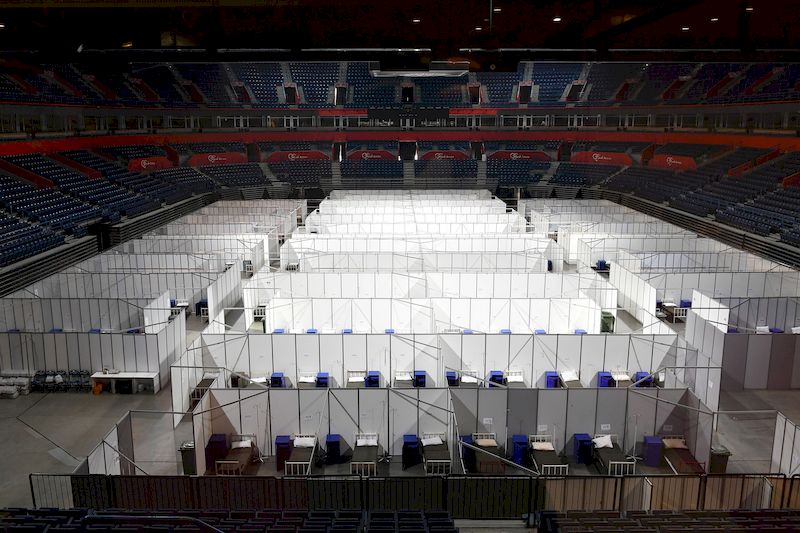