Serbia ready for autumn in fight against epidemic

Prime Minister Ana Brnabic said today in Krusevac that the numbers related to the coronavirus are now much better and that there is less impact on our health system, expressing the belief that if it continues like this, autumn or winter will not be worse than March or July this year.

In the "Rasina" barracks in Krusevac, Brnabic, together with the ministers of health and defence, Zlatibor Loncar and Aleksandar Vulin, laid the foundation stone for a new COVID hospital with a capacity of 500 beds.

The new hospital, whose construction, as she pointed out, will cost RSD 1.72 billion, will significantly facilitate the fight against the coronavirus in the winter, and will be built by 15 December.

The Prime Minister said that the hospital is being built for a possible second wave of the virus, adding that new laboratories for PRC testing were being built for that purpose and that the capacities for a successful fight against the invisible enemy were being raised.

The Prime Minister also reminded that the capacities for additional PCR testing are being prepared in Krusevac.

We have invested a lot in the general hospital Krusevac in the last five years, we have employed over 330 doctors, nurses and technicians, while 61 doctors are on specialisation. We have also invested around one million euros in new equipment alone. That was for the purpose of strengthening our health system, but it turned out to be extremely important when we are faced with such a danger, said Brnabic.

She appealed to the citizens to continue to adhere to all epidemiological measures, wear a mask, keep a physical distance and to wash their hands as often as possible.

Brnabic expressed special gratitude to the Serbian Army, saying that without it, a successful fight against the coronavirus would not be possible.

Since 16 March, members of the Serbian Army have been engaged every day in supporting civilian structures, citizens, municipalities, in order to fight and be as safe as possible in our country, she emphasised, reminding that members of the Army are engaged in running temporary hospitals noting that at the moment there are 11 such hospitals in six cities across Serbia, with 5,522 beds. 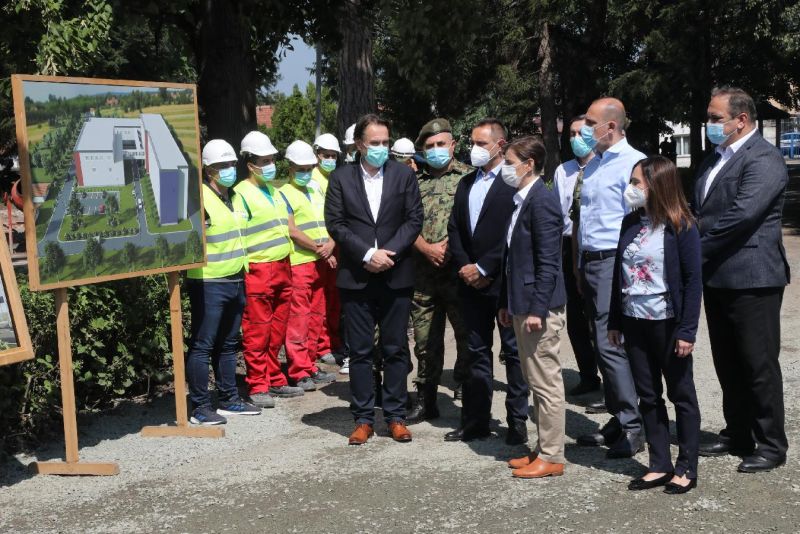