At today's session, the government of the Republic of Serbia adopted a conclusion regarding direct and fiscal benefits to economic entities in the private sector, which refers to the second aid package for the economy, with the aim of mitigating economic consequences of COVID-19.

This package includes the payment of 60% of the minimum wage twice, as well as the postponement of taxes and contributions on wages for one month, and it is worth RSD 66 billion.

The mentioned measures will start to be implemented immediately, so that the first €155 will be paid into a special account of employers by 10 August, while the second payment will be in September. Approximately one million and fifty thousand employees in 235,000 business entities are entitled to this.

All those who were paid direct benefits in July, and belong to the group of micro, small and medium business entities, will be automatically registered for the payment of direct benefits.

Micro, small and medium business entities, which were established starting from 16 March to 20 July should apply for the use of measures, given that they were not entitled to the first aid package.

They will be paid one-time direct benefits in September in the amount of 120 percent of the minimum wage per employee. All that is needed is for them to submit the PPP - PD form by 15 September, on which they will put 5 January 2021 as the due date of taxes and contributions.

As for economic entities registered as entrepreneurs, which in accordance with the relevant tax regulations do not submit the PPP-PD form, they will be paid one-time direct benefits in September without any additional engagement.

When it comes to the conditions for the use of measures, employers have the obligation not to reduce the number of employees by more than 10 percent in the period of three months from the payment of the last direct benefit, i.e., by the end of the year at the latest.

As for large legal entities, which are thus classified according to the financial reports for 2018, they will be paid direct benefits if they submit the list of persons for whom the right to payment of non-refundable funds for June and July is submitted by 15 August.

The same rules apply to them as before – they will receive 50 percent of the minimum wage per employee who had a break of at least 15 working days in the said two months.

Business entities are obliged to use the received funds no later than 31 October this year, and after the expiration of this deadline, the earmarked accounts will be closed, and the unspent funds will be returned to the budget.

The government also adopted the Programme for Improving Cancer Control in the Republic of Serbia for the period 2020-2022. 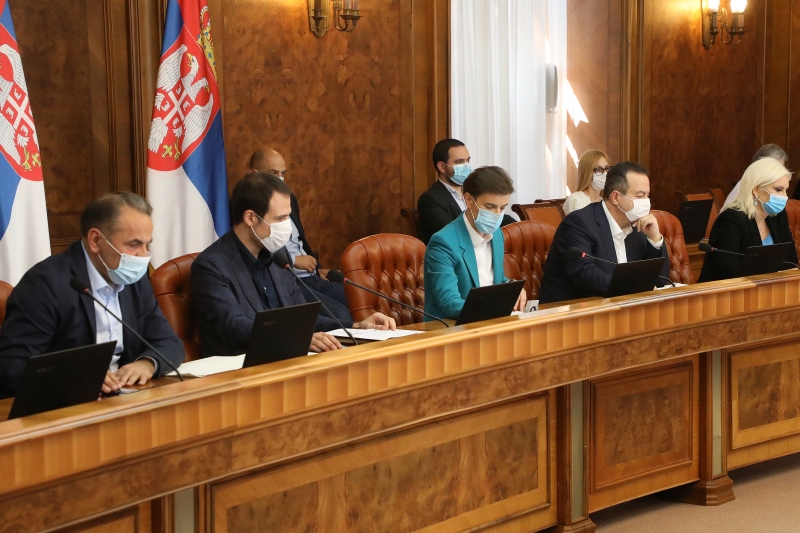