Measures for aid to companies as of Monday

Minister of Finance Sinisa Mali announced that at today's government session a legal framework was adopted to implement economic measures aimed at mitigating negative effects on the economy caused by the coronavirus pandemic, and that as of Monday, all those interested can apply for these measures.

Mali told a news conference that three regulations have been adopted, as promised exactly ten days ago at the presentation of the Economic Measures Programme, while another two will be adopted on Thursday.

The implementation of the economic measures prescribed by these regulations will start on Monday. This means that everyone interested will be able to apply for the measures from that day, through the tax return, which they usually fill out, the Minister explained.

Speaking about the regulations adopted, he said that one relates to support in terms of fiscal policy and direct assistance to the private sector, as well as to the payment of €100 to citizens. The second relates to support to the economy through the Development Fund, which is a measure to preserve liquidity, and the third to debt securities.

The Development Fund's call to help businesses maintain liquidity will also be announced on Monday.

According to Mali, few countries in the world have already started implementing measures, they have mostly only come out with an economic plan, while Serbia is among the first countries to start implementing it.

He confirmed that the legal framework for a guarantee scheme to support the entrepreneurs, micro, small and medium-sized enterprises will be completed as of next Thursday, and indicated that the value of the loans to be placed in this way is €2 billion.

The Minister explained that the state will guarantee for this money and it will be available to businessmen this month.

Also, he said, the state is cooperating with the Association of Banks and the most favourable terms have already been agreed on, and the communication of these financial institutions with its clients is in progress.

All the regulations will be published in the Official Gazette today, on the Ministry of Finance website and the official Serbian government website, the Minister said, adding that a guide for businessmen will be ready early next week, and by Friday a legal framework relating to farmers. 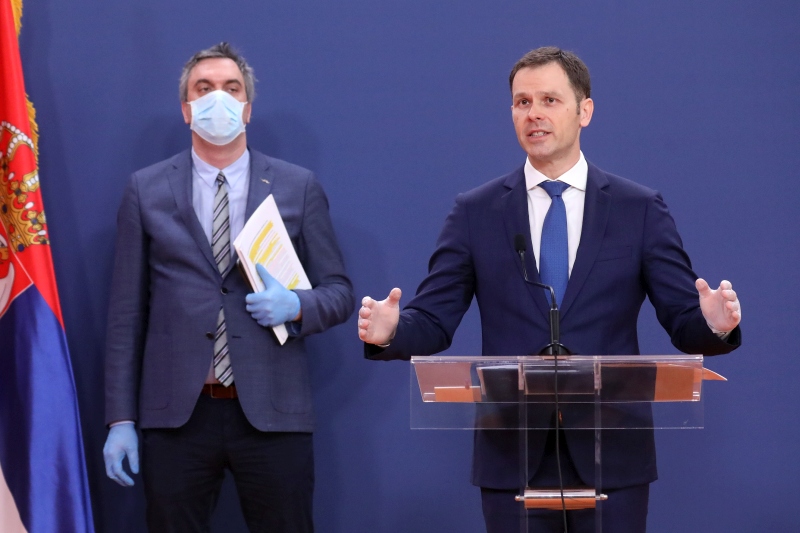