President of the Republic of Serbia Aleksandar Vucic announced at a press conference late today that he will propose to the government that the ban on movement be extended from 17.00 to 05.00 the next day.

Vucic warned that if this measure proves not to be enough either, it will be made even stricter and called on citizens once again not to go outside.

He said that this is a very difficult measure, but that citizens have not shown enough discipline.

The President said that he will propose this measure to the government tonight and that he believes that it will be accepted.

Vucic said that today has been the most difficult day for Serbia because 36 new persons infected with coronavirus have been identified, bringing the new total to 171.

He warned that the number of persons infected will be growing every day if citizens of Serbia do not change their behaviour.

The President said that 11 or 12 coronavirus patients are on medical ventilators and pointed out that the goal of the new measures that he proposes to the government is not to make someone sit three hours longer at home, but to make it possible for us to survive.

He underlined that Serbia will have more portable ventilators in proportion to the size of its population than most developed European countries excluding Germany, and announced that 3,000 beds will be provided at the Belgrade Fair, and another 5,000 throughout Serbia should the Italian scenario happen in our country too.

The President said that today, in one day, 793 people died of coronavirus in Italy and that this country reached almost 5,000 deaths. He called on citizens once more to comply with the government measures.

The President of Serbia also appealed to private business owners not to lay off their employees lightly, and said that the state will know to appreciate them because of that.

In Austria 150,000 people have been laid off already, in France a million. Do not fire people so easily for a matter of seven or 15 days. We will help you. I will not promise what we cannot do. We cannot cover all your losses, but the state will cover some of them, Vucic pointed out.

In addition, he recalled that 318,000 people have entered Serbia since 5 March, of whom some came directly from a quarantine, aware of the fact that in Serbia medical treatment is free and this makes the situation in our health system even more difficult. 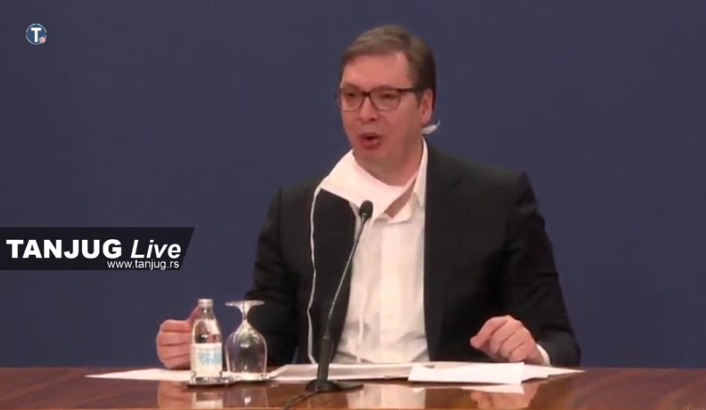