Prime Minister Ana Brnabic said today that the government has taken measures to prevent the negative effects of coronavirus on the domestic economy, including the decision to invest an additional RSD 24 billion in capital infrastructure projects.

Speaking at a news conference on the current situation with the coronavirus, Brnabic said that, according to global reports and some of the most conservative estimates, the coronavirus pandemic will affect the world economy, and that global growth will be reduced by at least 0.5%.

She pointed out that the most vulnerable sectors in Serbia are the tourism, transport and logistics sectors, recalling that in early February the government made a decision to allocate additional funds from the budget reserve for additional vouchers for citizens.

We have distributed 160,000 holiday vouchers in Serbia in order to alleviate the lack of equal influx of foreign guests, said the Prime Minister, and announced that she will talk to all hoteliers tomorrow about problems and ways to mitigate any possible consequences.

According to her, increasing investment, public and private, is always the best remedy to slow growth.

Given the low inflationary pressures, I expect that the measures will facilitate the growth of credit and economic activity in the private sector, the Prime Minister underlined.

She added that it was decided yesterday to invest additional RSD 24 billion, which is over €200 million, in capital infrastructure projects in order to stimulate growth and accelerate the implementation of the Serbia 2025 programme.

This will undoubtedly further, to some extent, mitigate the effects on our growth and economy. It's great that we have been working on increased discipline and responsibility over the last few years, so we have projects ready, Brnabic said.

According to her, all infrastructure projects in Serbia are implemented according to plan, there are no delays, companies are doing well and workers are in the field.

The Prime Minister explained that daily meetings were held with representatives of the country's retail chains, noting that there were enough goods in the stores, and she appealed to citizens not to create supplies.

Brnabic said that she also had a meeting today with Minister of Agriculture, Forestry and Water Management Branislav Nedimovic, who informed her on the occasion that all agricultural products were sufficient in the market.

She recalled that this morning, representatives of manufacturers of surgical masks and disinfectants discussed how to make it easier for these companies to conduct business on the certification and suspension of ethanol regulations.

The aim is to enable these companies to increase production and supply the market, and to have enough to export, the prime minister said.

She reiterated that as far as our economy is concerned, the situation is under control and is being monitored hour by hour, and that there is no reason to panic, adding that the Serbian economy is holding up perfectly at this time.

Brnabic also said that the World Bank informed the government this morning that it had an additional $20 million at its disposal if it needs to eliminate the effects of coronavirus, adding that China also offered our country additional masks and other protective equipment.

According to her, there is currently no need for this, since the state has enough of its resources, thanks to everything that has been done in terms of finances in the previous period. 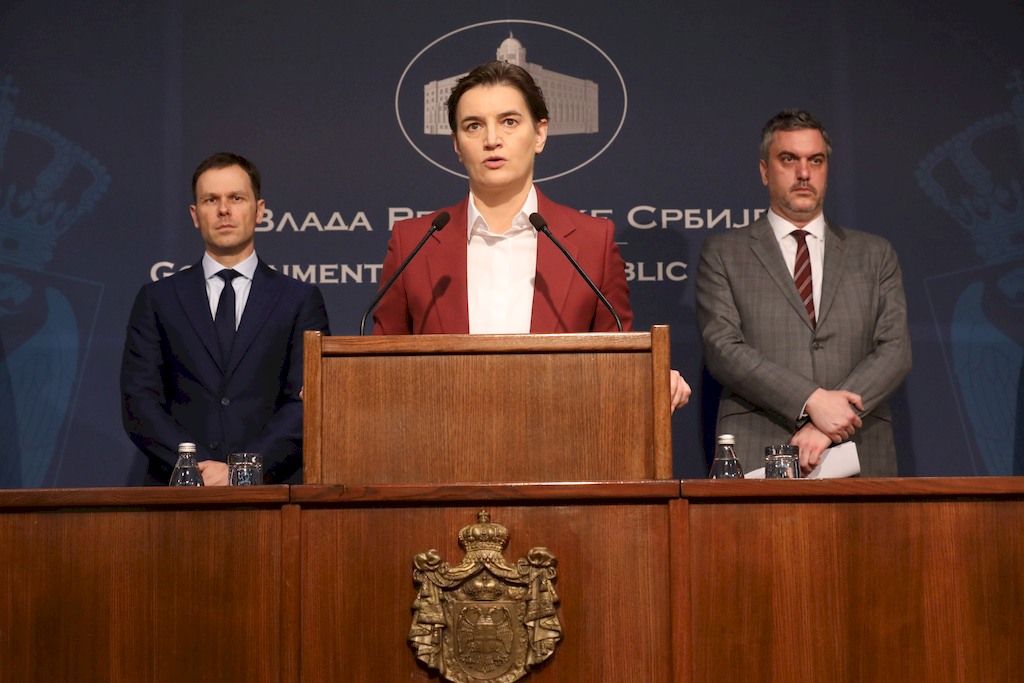