Get to Know Serbia

To meet a country means to feel its spirit, to know its hidden landscapes and individuals who have made what it is. Meeting a country is similar to meeting a man who will become your friend with time.
Travelling with friends is the most pleasant and the most amazing images are shared. Join our numerous friends who have already discovered why Serbia is irresistible. We hope that you will maybe come to love our country as much as we do. 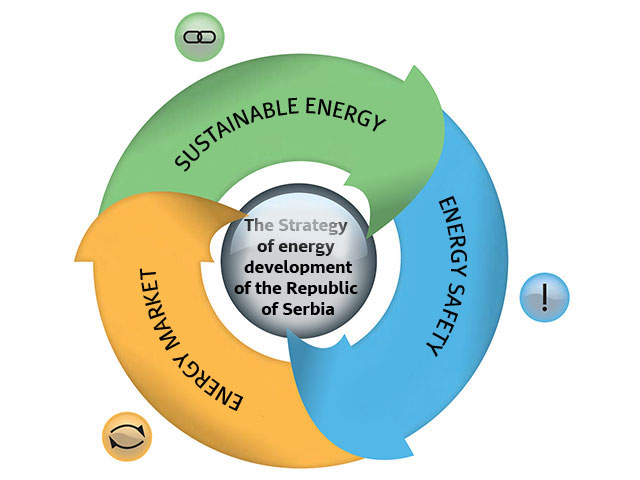 The energy development represents an indicator of economic development of every country. The energy sector is of key importance for further economic and particularly industrial growth of Serbia. The most important elements of the Serbia’s energy sector include: safe and reliable energy supply, transition towards sustainable energy system where technologies are used which are acceptable in terms of environmental protection, with increased energy efficiency (EE) and large share of renewable energy sources (RES). Also, the focus is on the development of the energy market and the already present strong investment policy.

Serbia is a member of the Energy Community, an international organization whose goal is to create a regulatory framework in line with EU regulations in the field of energy in South East Europe as well as to integrate the electricity and natural gas market with the EU market. We have an outstanding role in its work.

In the process of accession of the Republic of Serbia to the EU, within Chapter 15 - Energy, Serbia is working on the transfer of EU legislation, as well as on the implementation of the adopted regulations, thus adapting its energy system, as well as the nuclear safety and protection against ionizing radiation to those in the European Union. This primarily relates to the area of ​​competition and state aid, the opening of the electricity and natural gas market, the improvement of the conditions for increasing the share of renewable energy, energy efficiency, crisis management and the establishment of mandatory reserves of oil and oil derivatives, nuclear safety and ionizing radiation protection.

Non-renewable sources of energy are disappearing, and with time, the use of these sources for generating energy will be significantly more expensive. Consequences of irrational use would be disastrous for the environment. These consequences have not bypassed our country either. Serbia is a signatory of the Paris Agreement, global agreement for combatting climate change.  By ratification of the Agreement in the Serbian National Assembly in 2017, Serbia has made a commitment that it will contribute to the reduction of greenhouse gas emission on a global level. Moving to cleaner technologies and use of renewable energy sources will play an important role in this regard.

By 2020 Serbia should fulfil its obligation towards the EU and increase the share of RES in the final consumption from the current 23-24% to 27%. Significant steps have already been made towards that goal. The energy sector in Serbia is constantly developing. Serbia’s energy is based on energy sources: coal and water energy. Although Serbia nowadays receives approximately 70% of electricity from coal, we are already receiving a large quantity of megawatts from constructed facilities for generating energy from renewable sources, mainly from wind energy, biomass, biogas and hydropower.

Since the Energy Efficiency Strategy recognizes energy efficiency as a "new domestic source of energy", special attention is paid to energy efficiency measures to reduce energy consumption. An additional accent was placed on the education of the population and the economy. By raising awareness about the importance of energy efficiency, as well as its wide application, we will achieve several effects - from reduction in energy consumption for heating to improvement of the competitiveness of the domestic economy, which in this sense will consume less energy, which will, consequently, boost the competitiveness of Serbian producers on domestic as well as on demanding European and world markets.

It can be said freely that in Serbia, in the energy sector, a strong investment cycle has been launched in recent years, that this strategically important sector, after many years, has finally received an additional impulse, which will have a major impact on ensuring the certainty of supply of energy to citizens and economy, reduction of import dependency, increase of energy efficiency and greater use of RES.