Deputy Prime Minister and Minister of Culture and Information

Deputy Prime Minister and Minister of Culture and Information

She was born in 1963 in Novi Sad. She graduated from the Faculty of Law of the University of Novi Sad in 1987, and passed the bar exam in 1989. She started her career as a lawyer in the family attorney’s office, which was founded by her father Mita Gojkovic.

She has a rich parliamentary experience since 1992, when she became one of the youngest MPs for the first time, until 2020, when she completed her second term as Speaker of the National Assembly of the Republic of Serbia.

From 1996 to 2000 she was also a member of the Assembly of the Autonomous Province of Vojvodina.

She served as Minister without Portfolio of the Serbian government from 1998 to 1999, and after that she held the position of Deputy Prime Minister of the Federal Republic of Yugoslavia from 1999 to 2000.

In the September 2004 direct elections, she was elected Mayor of Novi Sad, and thus became the first woman mayor in the history of the city.

From 2014 to 2016, she was elected for the first time to the position of Speaker of the National Assembly of the Republic of Serbia and Chair of the Committee on the Rights of the Child.

Her both terms in office as the Speaker of the National Assembly were marked by the strong development of inter-parliamentary cooperation at the bilateral and multilateral level.

She was a member of the Women's Parliamentary Network since its founding in the National Assembly of the Republic of Serbia, and with her active participation and commitment she has contributed to greater participation of women in the political and social life of Serbia.

She is the initiator of numerous projects of wide social significance and support to vulnerable groups, such as "Women live in the countryside" and "You are not alone", with the aim of overcoming prejudices against young people with mental health and disability problems.

In addition to her commitment to gender equality and support for vulnerable groups, she is strongly committed to developing awareness of the importance of environmental protection.

She is fluent in English and German and speaks Italian. 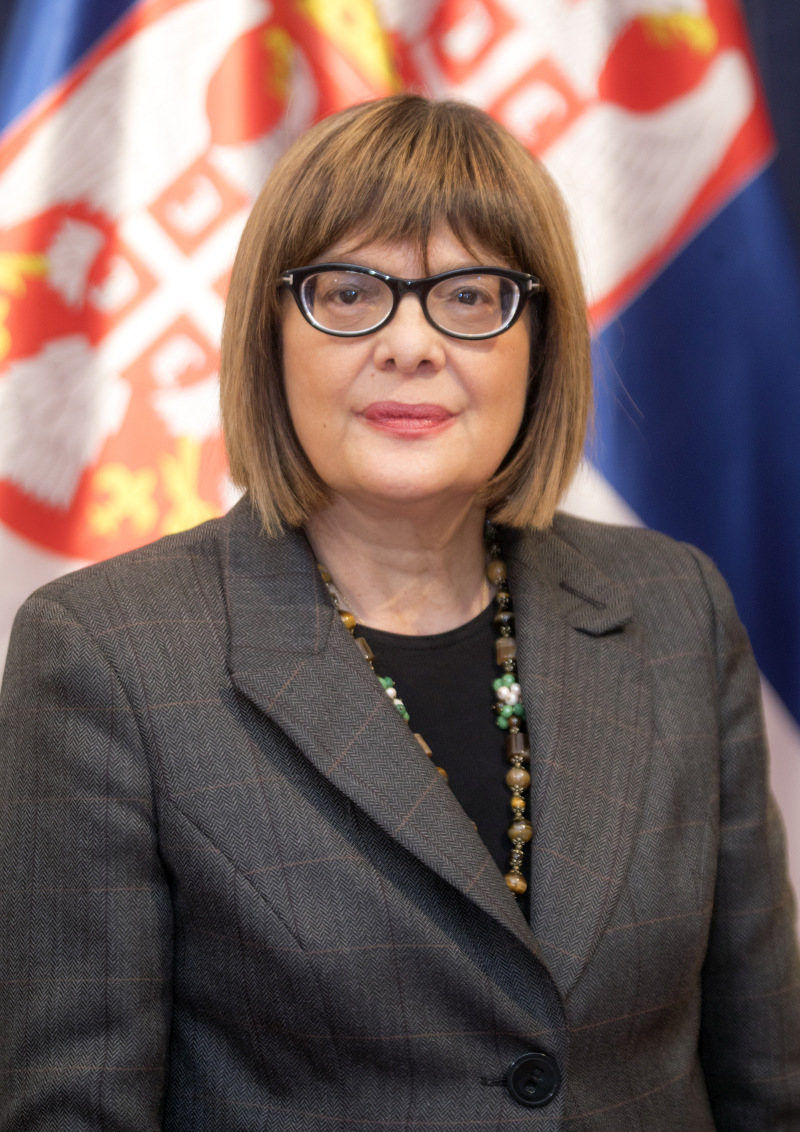