Minister of the Interior

Minister of the Interior

He graduated from the Sremski Karlovci high school and the Faculty of Law in Kragujevac. He successfully graduated, as a student of class 6, from the College of Security and Defence, the highest level of training in the Serbian military education system.

He was editor-in-chief of the weekly Pecat and columnist in several daily and weekly newspapers.

He is the author of four books, two of which are translated into Russian.

He was elected Director of the Office for Kosovo-Metohija in August 2012. He held this position until September 2013, when he was appointed Minister without portfolio in charge of Kosovo-Metohija. He remained in office until April 2014.

In April 2014 he was appointed Minister of Labour, Employment, Veteran and Social Affairs.

In June 2015 he was appointed Chairman of the Working Group for Solving the Problem of Mixed Migration Flows, established by the Serbian government.

In August 2016 he received a new mandate at the head of the Ministry of Labour, Employment, Veteran and Social Affairs.

In May 2017 he was appointed president of the Serbian part of the Mixed Committee with the Republic of Greece.

He received several significant awards: the "Vidovdan Charter" for outstanding contribution and affirmation of the University of Pristina (headquartered in Kosovska Mitrovica), Golden Plaque of the Ministry of Defence for exceptional engagement and contribution to the cooperation of the two ministries, as well as the Golden Griffon Statue, the highest award of the Counter-Terrorism Unit, which is awarded to senior state officials for support to that unit.

Serbian Patriarch Irinej decorated the Serbian government’s Office for Kosovo-Metohija and Aleksandar Vulin as its director with the first-degree Order of Saint Sava.

The Director of the National Security Academy, Dr. Dragan Simeunovic, awarded Minister Vulin with the highest recognition - the Coat of Arms of the Academy, on the occasion of the fifth anniversary of the establishment of this institution of higher education.

He is married to Natasa and is a father of two sons, Sergej and Oleg. 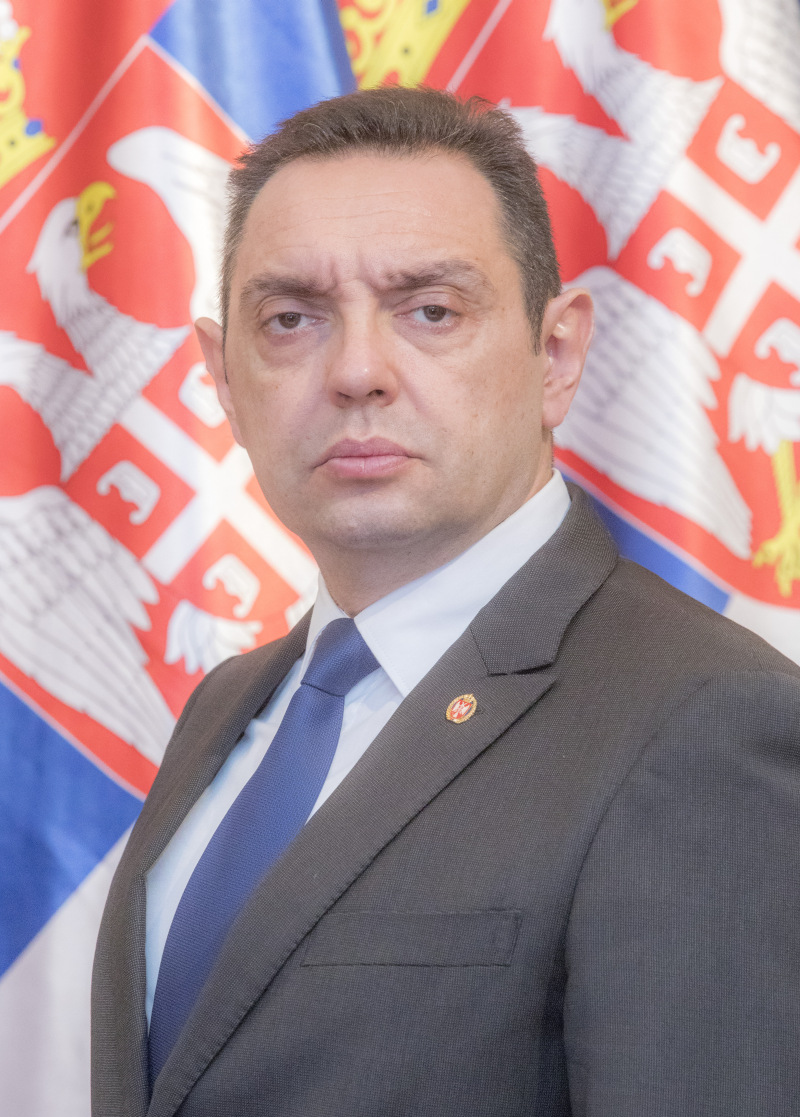