He was born on 20 November 1976 in Belgrade. He completed the 9th Grammar School Mihajlo Petrovic Alas in Belgrade, and graduated from the Megatrend University Faculty of Business Studies. He obtained the title of Master of Economic Sciences by defending the thesis "Modern Principles of Management in Local Self-Government" in 2011. He received his PhD in June 2013 on the subject "New Role of Strategic Management in Local Governance Management". He completed the High Security and Defence Studies.

In the period from 2004 to 2008, he was an assembly member in the Belgrade City Assembly. In the 2007 parliamentary elections, he was elected as MP, and also served as the Chairman of the Committee on Trade and Tourism of the National Assembly of the Republic of Serbia.

In the 2012 elections, he was elected MP of the National Assembly of the Republic of Serbia.

From July 2012 to April 2014, he served as the President of the National Assembly of the Republic of Serbia and Chairman of the Committee on Children Rights. He was the head of the parliamentary delegation in the Interparliamentary Union.

He was appointed Minister of the Interior in April 2014, and since August 2016 he is also Deputy Prime Minister.

He served as Minister of the Interior until October 2020.

In November 2017, he was appointed Secretary of the National Security Council, and at the same time he is also the Head of the Bureau for the Coordination of Security Services.

He is one of the founders of the Serbian Progressive Party, a member of its Presidency and president of the Belgrade City Council.

He speaks English and Russian.

He is married to Ana and has a daughter and a son.

Excellent organisational skills, teamwork, commitment to problem solving and determination in implementing the necessary reforms, long-term parliamentary experience, as well as dedicated work during the performance of the duties of the Speaker of the National Assembly, resulting in the adoption of numerous laws that have contributed to a better life of Serbian citizens, are only part of the activities that qualified him for the office of Deputy Prime Minister and Minister of the Interior.

In the previous term, with the great help and support of the then Serbian Prime Minister Aleksandar Vucic, he carried out numerous reforms in the Ministry of the Interior and improved the position of police officers by procuring new uniforms, vehicles and equipment.

He was awarded the "Best European 2013" award in the field of politics for the results achieved in the improvement and promotion of European standards of parliamentary democracy, as well as the "Captain Misa Anastasijevic" award for contributing to the positive image of Serbia.

He is the recipient of the highest recognition in the field of national security of the Ministry of Interior of Romania, as well as numerous plaques by foreign ministries of the interior as a sign of excellent cooperation with the Serbian police. He is the honorary citizen of the Municipality of Grocka.

His hobbies include reading and photography.

As the president of the National Assembly, he remained, among other things, famous for his fight and advocating for pregnant women and mothers. The Law on the Exercising of Rights to Health Care for Children, Pregnant Women and Women in Labour was adopted on his proposal. He also launched the famous campaign "Priority for Children and Pregnant Women", which is still active.

One of his many initiatives, as the Minister of the Interior, was the introduction of the "Fundamentals of Child Safety" program in the first, fourth and sixth grade in all schools in Serbia, with the desire to educate children at an early age about all the challenges and dangers they can be exposed to, and on how to deal with them.

On his initiative, in May 2018, a memorial was erected to all members of the Ministry of the Interior who died on duty. This is the first monument dedicated to killed police officers. 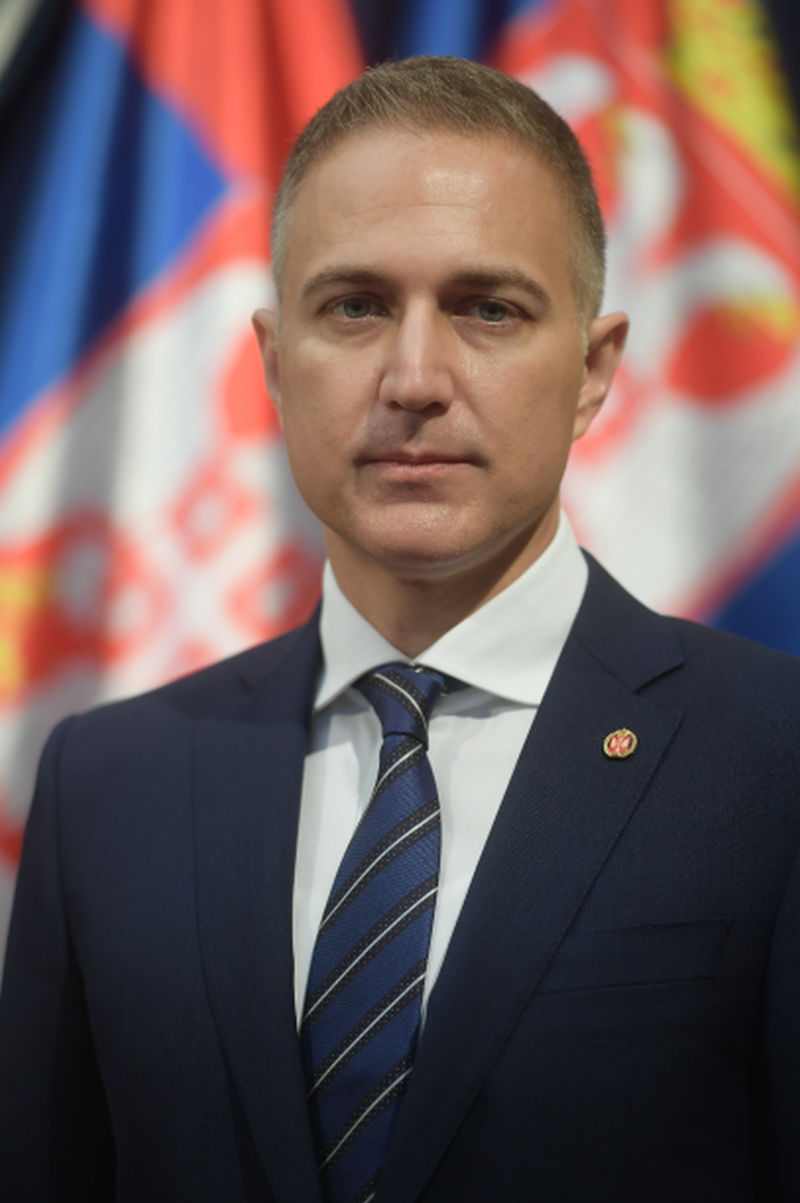