He was born in 1972, in Belgrade. He completed his primary and secondary school – the Fifth Belgrade Gymnasium in Belgrade. He graduated and completed post graduate studies at the Faculty of Economy of the University of Belgrade. During his undergraduate studies, he received an award as a student of the generation, and upon completion of his studies, he received an award for the best graduate thesis.

In 1999, as a Ron Brown scholar, he obtained his Master’s degree, Department of Finance (Master of Business Finance Administration degree), from the Washington University in St. Louis, United States of America. Throughout his studies, he was engaged as an Assistant, teaching five subjects in the business finance field. Upon completion of his degree, he received the award as the best student in the field of finance, as well as the award for being among 10 percent of top students among the twenty highest ranking business schools in the United States that year.

He was Mayor of Belgrade from April 2014 to May 2018. He previously served as the President of the Interim Authority of the City of Belgrade. Prior to becoming a Mayor, he served as the Special Adviser for the Economic and Financial Affairs of the then Prime Minister Aleksandar Vucic.

Prior to that, he worked as a private sector financial advisor, where he was engaged by several private companies, specializing in the field of provision of financial advisory services. He was engaged as a consultant at Deloitte & Touche, in Belgrade and Prague, where he specialized in the field of purchasing and selling of companies, financial consulting, financial restructuring and business consolidation of privately-owned and public enterprises. He also worked at “Credit Suisse First Boston in Mergers & Acquisitions Group” in New York.

In 2001, he was appointed as Assistant Minister for Privatization at the Ministry of Economy and Privatisation of the Government of the Republic of Serbia. At the end of that year, he moved to the Privatization Agency, where he served as the Director of the Centre for Tender Privatisation. He remained in this position until the end of 2003.

He first came to the position of Minister of Finance in May 2018, as a renowned and eminent financial expert, who had worked for the largest and most prominent consulting companies in the world, but also as a Mayor, who initiated and implemented a comprehensive program of financial consolidation in the City of Belgrade, within which the city’s debt was halved and the budget deficit was substantially reduced. During his tenure, the city of Belgrade, for the first time, received a credit rating, which, according to the rating agency Moody’s, amounted to BA3.

As Minister of Finance, he initiated a series of measures and activities that contributed to the accelerated economic growth of the Republic of Serbia, which was among the highest in Europe during his term. Serbia has had a budget surplus for three years in a row, and public debt is under control at the level of 52% of GDP. The Ministry of Finance proposed laws aimed at creating a better business environment, and Mali also initiated the reduction of the income tax, which was reduced for three years successively. With such good results, Serbia was ready to face the crisis caused by the coronavirus pandemic, and adopted a comprehensive package of measures worth 5.8 billion euros to support the economy and citizens, which amounts to 12.5% ​​of GDP. Serbia’s economic measures were praised by international financial institutions, emphasizing that, in that way, the economy was saved, and the rating agencies maintained the level of the existing credit rating. During the pandemic, unemployment fell to a historically low level of 7.3%, and the average salary exceeded 500 euros for the first time.

He was elected Minister of Finance for the second time in October 2020.

In November 2020, he was appointed President of the Serbian part of the Mixed Intergovernmental Commission for Trade and Economic Cooperation with the People’s Republic of China. He is the Chairman of the Joint Committee for Cooperation with the United Arab Emirates, and he is also the Governor of the Asian Infrastructure Investment Bank.

He holds the title of Chartered Financial Analyst (CFA) and is a member of the CFA Institute, the Serbian Business Angels Network, the Fulbright Alumni Association of Serbia and the British-Serbian Business Club.

In November 2020, he passed the exam in the field of alternative investment management, which earned him the title of Chartered Alternative Investment Analyst (CAIA), awarded by the eminent world Association CAIA.

In addition, he is the holder of the Portfolio Manager’s license, issued by the Securities Commission of the Republic of Serbia.

In June 2017, as a student of the 6th grade, he graduated from the High School of Security and Defense and acquired the highest level of career training in the Army of the Republic of Serbia.

He was awarded the “Najevropljanin 2014” (the best European 2014) prize for the project of development and reconstruction of Belgrade. In 2017, he was awarded the “Most Tolerant City in the Region” award by the European Movement in Bosnia and Herzegovina.

He is actively engaged in sports. He is an honorary holder of 5th day Taekwondo black belt for the contribution to the overall development of sports. He is a regular participant in semi-marathon races within the Belgrade Marathon, and, in November 2018, he ran out a 42 km long marathon race in Athens. He also ran out the Berlin Marathon, in September 2019.

He was awarded the Order of the Great Martyrs of Kragujevac of the First Order, which was handed to him, with the blessing of the Serbian Patriarch Irinej, in October 2019, by Bishop of the Eparchy of Sumadija, Jovan.

He is fluent in English, uses Greek language and is currently learning Chinese.

He is the father of Teodor, Viktor and Lola. 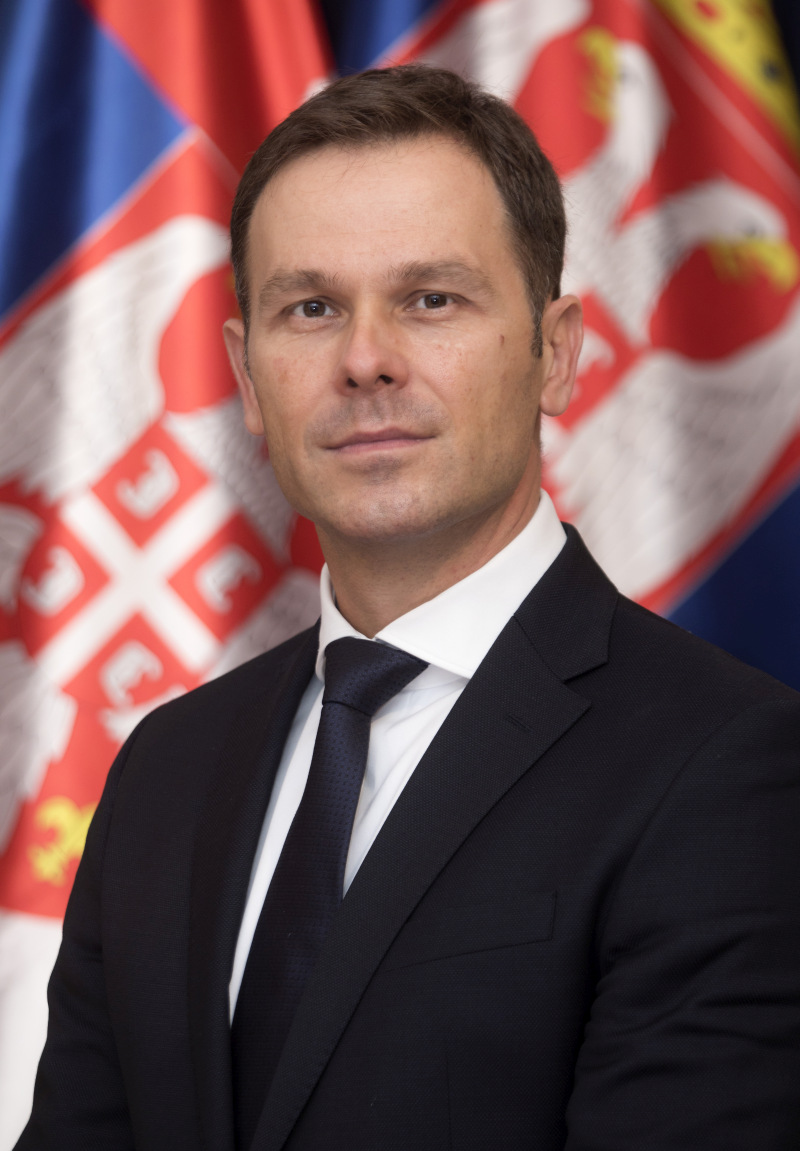