Born in 1975 in Belgrade. She holds a master's degree (MBA) from the University of Hull from the United Kingdom and has worked for more than ten years with international organisations, foreign investors, local governments and the public sector in Serbia.

In August 2016 she was elected Minister of Public Administration and Local Self-Government, and she held that position until the election for the Prime Minister.

Some of the most important projects she implemented in this segment during her mandate are the e-Baby project ("Baby, welcome to the world"), the automatic data exchange between public administration bodies, thanks to which data is routinely exchanged between all administrative bodies today, instead of citizens collecting paper by paper and carrying them personally from counter to counter), electronic registration and payment of property taxes, electronic enrolment of children in kindergartens and schools.

As President of the Council for Innovative Entrepreneurship and Information Technologies of the Serbian government, through day-to-day consultations with IT industry from Serbia, start-ups and innovative companies, she developed the Action Plan and started its fast implementation. Today, Serbia is a country with four Science and Technology Parks – in Belgrade, Nis, Novi Sad and Cacak, which all contributes to the fact that the ICT sector is the most promising and fastest growing (reaching a share of 6% in GDP).

She is a member of the group "New Leaders for Europe" of the World Economic Forum and the Advisory Board of the organisation "World Minds", which brings together the world's most important innovators from all fields. The Advisory Board of this organisation includes, among others, Frederik de Klerk, President of the Republic of South Africa from 1989 to 1994 (who started and headed negotiations that led to the end of apartheid and the adoption of South Africa's first democratic constitution in December 1993) and Gerhard Schroeder, former Chancellor of Germany.

Prior to her election to the government of Serbia, she was director of Continental Wind Serbia (CWS), President of the National Alliance for Local Economic Development (NALED) and a member of the Board of Directors of the non-profit organisation PEXIM, which provides scholarships to students from Serbia and North Macedonia for their master studies at the University of Cambridge provided they return to their country and help its development and reforms.

She took part in the establishment of NALED and PEXIM foundation.

She worked at various US consulting companies that were implementing projects financed by the United States Agency for International Development (USAID) in Serbia. She was deputy director of the Serbia Competitiveness Project, an expert on the Programme of reform of the local self-government in Serbia and a senior coordinator of the Programme for economic development of municipalities.

She has received numerous awards for the development projects she has worked on, for the promotion of social responsibility and tolerance. 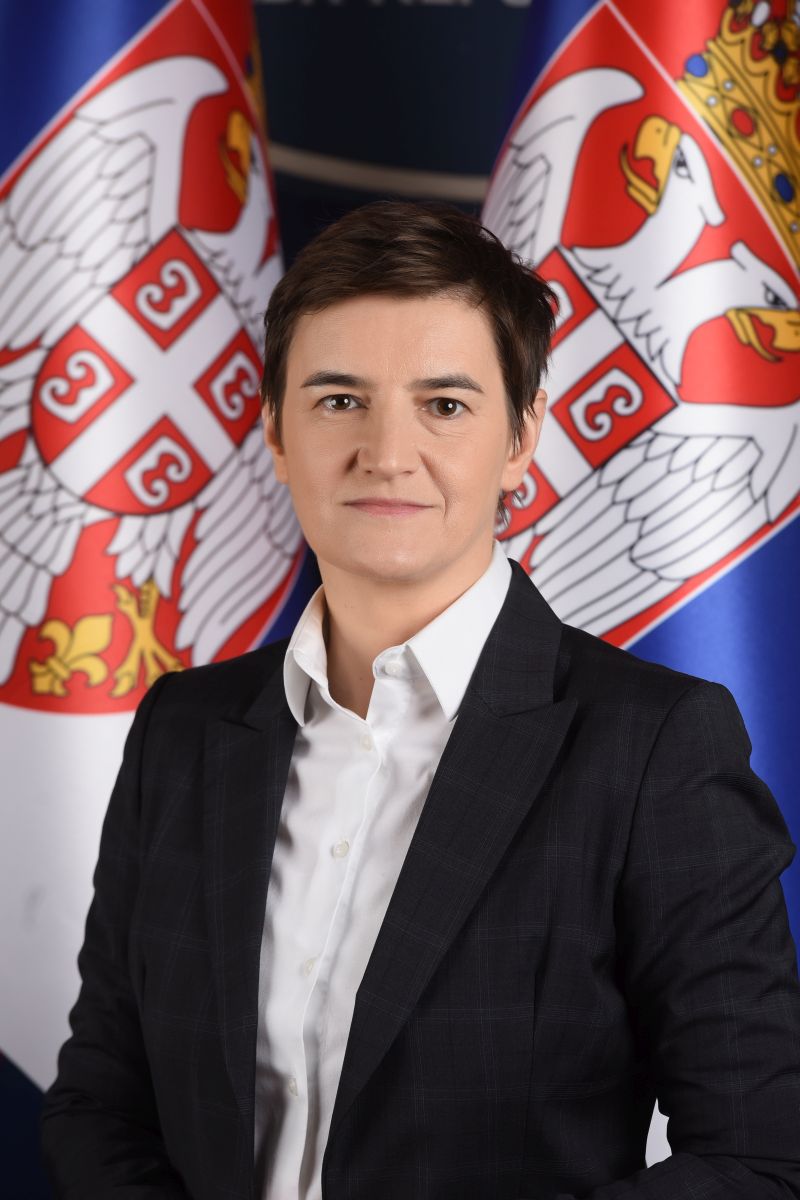