He published eight books and more than 120 scientific papers from various fields, including economics, regional development, management, economic relations between Serbia and Russia, as well as the circumstances and prospects of economic development of the southern Serbian province of Kosovo and Metohija.

ABS Elektro, a company founded by Popovic 25 years ago, started as a company for the sale and production of aluminium electrical equipment and automation systems for factories. Today, this corporation has 3,000 employees in eight companies and scientific institutes in Russia. The corporation is a leading supplier of electrical equipment for power, hydroelectric and hydro nuclear plants in Russia and the region.

Popovic began his career in the civil service in 2005 as head of the Economic Team for Kosovo and Metohija and Vice President of the Coordination Body of the Serbian government for Presevo, Bujanovac and Medvedja.

He was a Member of Parliament from 2008 to 2012 as a deputy of the Democratic Party of Serbia, and also Deputy Speaker of the National Assembly of the Republic of Serbia in the period from 2012 to 2014.

He led a parliamentary friendship group with the Russian Federation.

From June 2017 to October 2020, he served as Minister of Innovation and Technological Development in the Serbian government.

He is a holder of several decorations, the most important of which are: the Order of St. Sava of the second degree for the renewal and strengthening of faith and the church in Serbia, awarded by His Holiness the Serbian Patriarch, the Order of Humanity of the State Union of Serbia and Montenegro for outstanding contributions to the Serbian people in Kosovo and Metohija, the Order of Friendship for special contribution to the development of economic and social ties between Serbia and Russia, awarded by the President of the Russian Federation.

He is President of the "St. Alexander Nevsky" Foundation from Belgrade, which is responsible for the renovation of the memorial complex of the Russian Necropolis monument at the New Cemetery in Belgrade.

He is President of the Honorary Council of the Serbian-Russian Friendship Association.

He is a member of the Honorary Council of the International Fund for the Unity of Orthodox Peoples, chaired by the Patriarch of the Russian Orthodox Church.

He is Honorary President of the Immortal Regiment Foundation from Belgrade.

He is the founder and President of the Serbian People's Party. This party pursues a strong national policy of preserving territorial integrity and strives to build an economically developed, law-abiding, prosperous and socially responsible Serbia.

He is married, with five children. 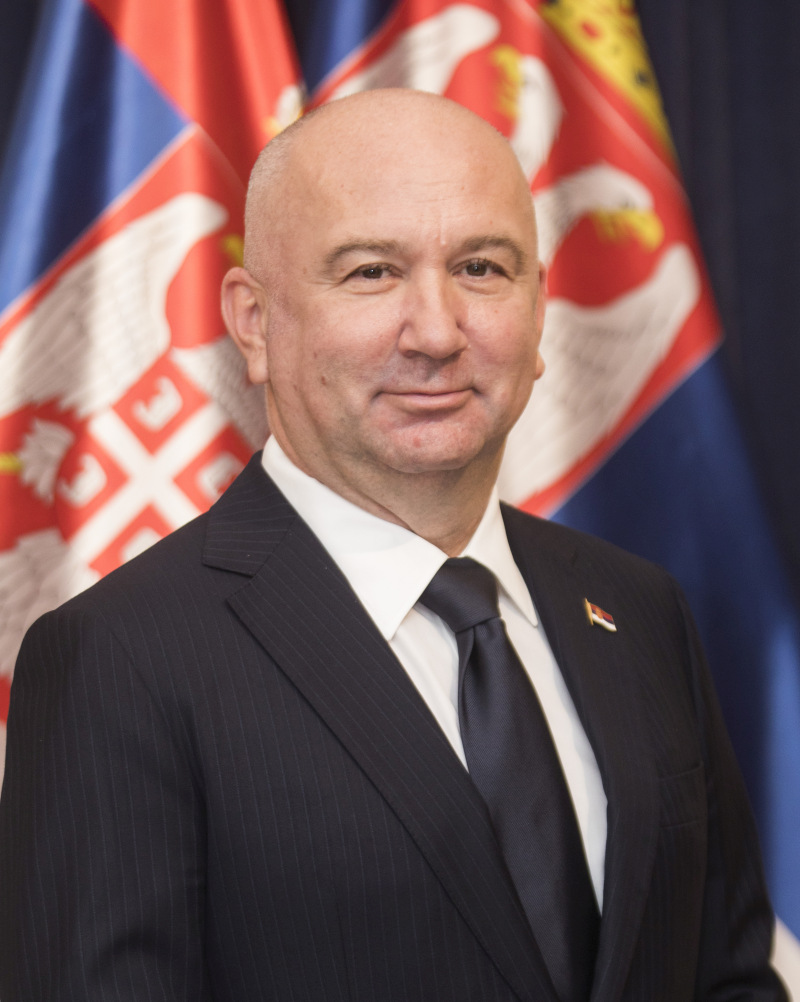