She was born in 1974 in Krusevac. She obtained her primary education in Kraljevo, graduated from the Pedagogical Academy in Krusevac and from the Faculty of Teacher Education in Belgrade.

She graduated from the Diplomatic Academy of the Ministry of Foreign Affairs and completed undergraduate studies of security and defence, 9th grade, School of National Defence at the Military Academy.

She worked in the Information Service of the Serbian Progressive Party in the period from 2008 to 2012 and from 2012 to 2015 she was a member of the RTS Programme Committee.

In 2013 she became a founder and coordinator of the Women's Parliamentary Network.

She lives and works in Belgrade with her family. 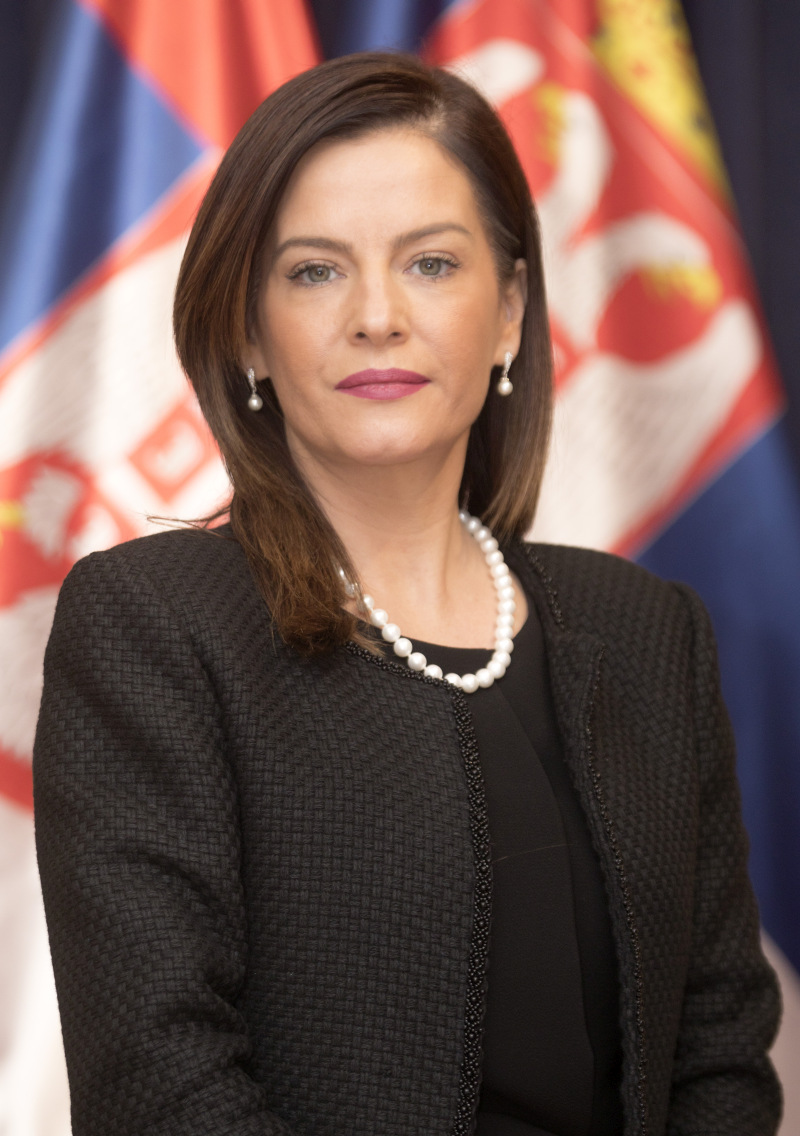